After the news of her getting engaged to British Hunk Joe Alwyn, Taylor Swift headlines breaks the media.

The Love Story singer Taylor Swift has always collected the love of her fans and media. As a result of her outstanding and enjoyable songs, she has always been in the spotlight. However, it is not about her songs but her love life this time.

According to a recent report from the Sun, the singer has been reportedly engaged to her long-term boyfriend, Joe Alwyn. Further, they claim she has a beautiful engagement ring that she only wears behind closed doors. It is also reported that she wants to keep her relationship with Joe away from the media and spotlight.

Taylor Swift and Joe Alwyn have been in a relationship for the past five years. They were first rumored together in late 2016’s Met Gala in New York. According to the statements from the representatives of Taylor Swift, it is said that Taylor and Joe are incredibly in love with each other.

Later, another representative of Swift’s commented that the two had been secretly engaged for a few months. They only told this to their close family members and friends. They even made them swear an oath to keep the secrecy of their relationship.

Only a handful of people are informed about the wedding details. Taylor has not even disclosed the wedding details to some of her team members. Sources claim that Taylor and Joe want to keep their love life away from their professional life and cameras as much as possible. According to the statements, they want to keep their relationship only for them.

Another source stated that if Taylor and Joe exchanged vows, there wouldn’t be any media or magazines invited. They want to keep their wedding elegant and straightforward by asking only a few people to be present.

It should also be noted that it is currently unknown if the couple will confirm the details of their engagement in front of the camera. 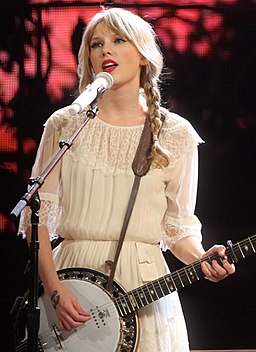 The singer once said she welcomed Joe for writing the lyrics for her album Folklore in 2020. Moreover, it is also stated that Joe wrote lyrics for her two songs under the pseudonym ‘William Bowery’ for her Grammy Award-winning album.

Although the songs of Taylor Swift have always been in the limelight, she once stated that she feels safe while discussing her music. However, her relationship with British Hunk is not for the press, and she would like to keep it personal.

Not to mention, Taylor had been previously associated with certain high-profile men in the past, including actor Jake Gyllenhaal, singer Joe Jonas, heartthrob John Mayer, and DJ Calvin Harris. Her relationships gained much popularity in media, but unfortunately, none lasted long. Fans assume that maybe that is why she is keeping her love-life private this time.

The couple appeared in high-profile shows like Golden Globes in 2020, but they still have yet to appear together on the red carpet. Taylor fans hope to hear any official statement about her engagement and marriage; however, it may not happen soon.